History of the NAPPEX project 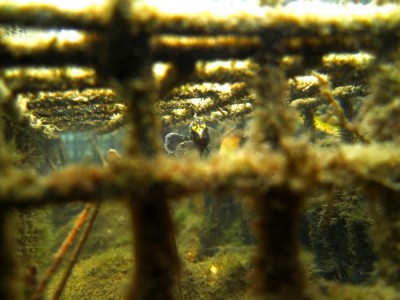 NAPPEX (Artificial Nurseries for Exemplary Ports) is today an appellation that identifies exemplary ports committed to sustain biodiversity within their water by implementing habitats adapted to fish larvae and many other marine species. But NAPPEX was initially a research project to demonstrate the relevance of these infrastructure and their efficiency.

The original NAPPEX project was one of the 62 winners of the first call for projects launched by the French Ministry of Ecology in 2011 in the context of the National Strategy for Biodiversity. It was co-financed by the Water Agency RMC, the Herault department and Ecocean.

The aim of the project was to develop an innovative solution of marine ecological restoration, the Biohut, that would make port infrastructure biocompatible and thus restore the ecosystem service of fish nursery. These microhabitats protect post-larvae and young recruits from predation, allowing them to reach the “refuge size” and contribute effectively to the adult population.

Installation of a Biohut® in Cap d’Agde (© Rémy Dubas)

The first objective of the project was to test and validate the technical feasibility of the Biohut. The second was to measure the environmental gain from these artificial nurseries in real conditions, during two consecutive recruitment years (2013 -2014), and in several ports representative of the diversity of the Mediterranean coast.

The selection of 6 pilot ports was carried out according to their respective location and configuration, all different from each other in order to adapt the module to diversified environments. Selected ports were: Agde, Mèze, Port-Vendres, Vendres le Chichoulet, Barcarès, Six-Fours.

In addition to the installation of the Biohut, educational signs were displayed on the docks to raise awareness about the importance of coastal fish habitat. 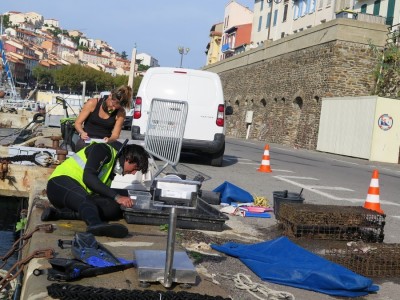 To prove the relevance of such equipment, recruits and juvenile fish colonizing the Biohut have been scientifically monitored by the CNRS/CREM (Perpignan) during the two years of the project. This study has measured and proved the environmental benefits provided by the Biohut. It has also showed that the abundance and diversity of larvae depend on the port and the location of the artificial nurseries. This monitoring was completed by the monitoring the mobile, vagile and fixed fauna and flora. (Find all the results in the NAPPEX report).

Outcomes of the project

This project has enabled the development of two types of modules (dock and pontoon) but also the optimization of the fixation system to attach them to various support (concrete quay, steel bulkhead…), thus offering a full range of solutions adapting to the needs and constraints of the ports. Convinced by the efficiency of the process, port authorities of Monaco, Marseillan and other Mediterranean coastal cities have deployed the Biohut process following the project. Today NAPPEX is a new tool for marinas wishing to better integrate biodiversity into their environmental approach. 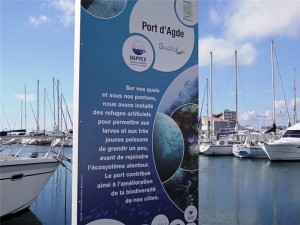 Report of theNAPPEX project (in french only)
Project sheet NAPPEX